This book takes a whimsical stab at our society's deep-seated need for predictability and conformity. Boynton is a master of whimsical animals... and if you look closely on the cover, you'll see that the animals are sheepishly venturing "outside the box." (Pun intended--except that one of the animals actually is a sheep so it's not really a pun but an accurate description.)

At the beginning of this story, everything on the farm is going according to plan until the three musically talented piggies challenge our preconceived notions of what a pig can do by singing La La La! How does the public react to this act of creative expression? They get all huffy and assert that, No! Pigs don't sing, they Oink! In other words, the public doesn't handle unpredictability well. And with a presidential election looming just over the horizon, this attitude has broad political implications. In today's poll-obsessed political environment, if the pig community's political base wants the pigs to say "oink", it better acquiesce if it wants any hope of getting out of the barnyard primaries. If they don't "oink", someone else will.

This creates a warped democracy where candidates are not allowed to speak their own mind if it is not in line with their party. This only fuels the polarization of American bipartisan politics because candidates are forced to pander to party faithful or they won't even get a shot at the presidency. Obviously, this affects all politicians, whether they be pig, donkey, elephant, or emu.

This season's most notable victim of this is John McCain. Back in 2001, he was the media darling, a renegade, straight-shooting, tell-it-like-it-is candidate with wide-spread appeal. The media loves a rebel... but party loyalists, not so much. McCain failed to gain the republican nomination. Having learned his lesson, this time around he reigned in the straight talk a little in order to compromise and fall in with the party line. In essence, he traded the Straight Talk Express for the Pucker-up Pushcart and in the process lost his glamourous appeal. He may capture the Republican nomination... but he can no longer capture our imaginations.

Though, after last week's Republican primary debate, it has become increasingly obvious that no republican candidate is doing much capturing of any imaginations. Which is why there is such a clamor for Fred Thompson to throw his hat into the ring. What Thompson has, that none of the other candidates have, is that Reagan-esque movie star cachet. This of course is in large part because he plays the tough district attorney on Law & Order.

I, however, am not so easily fooled. I would never vote for a candidate just because he plays a dignified role in a network TV drama. That being said... if Thompson were to guarantee that the entire cabinet would filled with the cast of Law & Order, I'd have to give it some serious thought. In fact, I will give him my vote right now if he promises to build his administration around my favorite Law & Order ensemble cast:

Attorney General
Jamie Ross (a.k.a. Carey Lowell)
Note: Will face a Congressional Hearing when it is discovered that she is married to Richard Gere. Disgraced, she immediately steps down from her post.

Director of Homeland Security
Lennie Brisco (a.k.a. Jerry Orbach)
Note: Sadly, Orbach passed away 3 years ago. Luckily, he is convinced to return from the grave and serve as a zombie, replacing the current zombie director, Michael Chertoff. 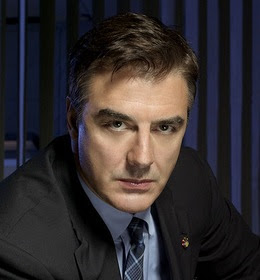 Secretary of Agriculture
Mike Logan (a.k.a. Christopher Noth)
Note: Relegated to the least glamorous cabinet post due to his role in Sex and the City.


Not only is this an administration stocked with fake integrity and carefully scripted attitude, but demographically, it's pretty realistic. 5 White Males, 1 Latino Male, and 1 White Female... Karl Rove would be hard pressed to plan it any better. However, to maximize the political savviness, we'll have to recruit a cast member from Law & Order SVU to round out the administration: 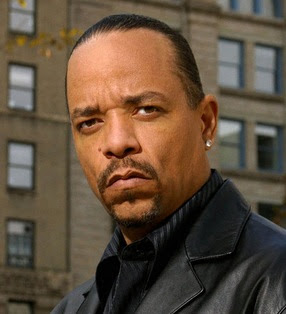 
There! Now that's an administration that captures the imagination and covers most major demographics. (There were no prominent Asian characters on the show, so Secretary Chao can keep her Department of Labor... for now. La La La!)
at 8:00 AM

hehe....wow, did the author really intend for this primaries parallel? I can only imagine the discussion after every bedtime story you'll have with your daughter.

I'm not familiar with the Law & Order cast, so i like the "current zombie director, Michael Chertoff" link, I was shocked to see what a good description that was. Overall, entertaining outside-the-box critique.

I would like to think that the rest of the cabinet would be filled by characters from other hit NBC shows.
Tresury: Howie Mandel - he's always on the phone with the banker.
Health and Human Services: Dr Cox - his no BS attitude is what that position needs.
I'm sure someone from Heroes could do something good too...