“Sam said her mother was a mermaid, when everyone knew she was dead.”

Now that is a great sentence. That is children's literature.


I was going to leave it at that, but then when I googled "Evaline Ness", I found out that she was married to Eliot Ness, the man who brought down Al Capone. WHAT?! Why this was never mentioned in The Untouchables?! It would have added an interesting dimension to the movie: Evaline trying to write/illustrate her children's books while dodging bullets from Capone's thugs. She could have even asked Sean Connery to proofread a draft for her. How much would you pay to hear Connery read the following passage?

"Moonshine was a mermaid-mother, a fierce lion, a chariot drawn by dragons, and certainly a baby kangaroo. It was all flummadiddle just as Bangs had told her."

Seriously, it would be worth the price of admission just to hear Connery say "flummadiddle". That would have wrapped up the Oscar for him right there.

I was always curious about Ness's choice of the word "moonshine" for the book... now, knowing her prominent role in the prohibition era, I only have more (and much more interesting) questions. Her husband was famous for his quest to enforce prohibition... yet in the book, Evaline has the line:

"There's good MOONSHINE and bad MOONSHINE," he said. "The important thing is to know the difference."

Was Evaline revealing her own moral misgivings surrounding her husband's role in the prohibition era?

Did her famous law enforcement husband share these same doubts with her behind closed doors?

Did the Ness's partake in a little moonshine themselves? Perhaps at a speakeasy called the Mermaid Mother?

Or was the book (which was printed in 1966, 20 years after her divorce from Eliot Ness) meant to be a not-so-subtle jab at her famous ex-husband?

These questions must be answered! I think it's high time the historians stepped to the plate and did some serious digging...
at 9:04 PM 2 comments: 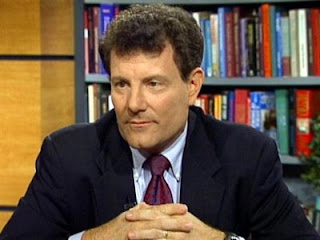 A few good friends forwarded this column from the Sunday New York Times to me today: Nicholas Kristof, the renowned op-ed columnist for the NYT recently wrote about his favorite kids' books. It was an interesting list, but what is even more interesting is that if you look at his body of work, you can see that these childhood favorites really did have an impact on his writing career. Below are some examples:

Kristof Favorite: “Charlotte’s Web.” The story of the spider who saves her friend, the pig, is the kindest representation of an arthropod in literary history.

Related Kristof Article: "Humanity Even for Nonhumans." Writings by a Princeton scholar have popularized a movement to grant basic protections to pigs and chickens and to limit human dominion over other species.

Connection: To what extent do humans have the right to decide the fate of animals?

Kristof Favorite: “Wind in the Willows.” My mother read this 101-year-old English classic to me, and I’m still in love with the characters. Most memorable of all is Toad — rich, vain, childish and prone to wrecking cars.

Related Kristof Article: "It’s Time to Learn From Frogs." Scientists are beginning to find a connection between bizarre deformities in water animals and abnormalities in humans.

Kristof Favorite: “Gentle Ben.” The coming-of-age story of a sickly, introspective Alaskan boy who makes friends with an Alaskan brown bear, to the horror of his tough, domineering father.

Related Kristof Article: "Obama, Misha and the Bear." President-elect Barack Obama needs a new approach to Russia if we want to avoid a new cold war, and we also need to get over our crush on Georgia’s president, Mikheil Saakashvili.

Connection: Coming-of-age story, of an skinny, introspective young president who attempts diplomatic relations with possibly hostile parties, to the horror of his tough, domineering predecessors.

I could go on, but I think you get the idea. The conversation continues, as Kristof invites people to list their favorites here.
at 12:02 AM 18 comments: