In the News: The Little Engine That Could... Be Controlled By A Boy Genius

A few weeks ago in Poland, a 14 year old boy reconfigures a remote control and used it to take over the local mass transit system. This has been covered in the media as an amusing case of precocious delinquency, but should be taken much more seriously. This is only the beginning.

We all knew this day was coming. We have passed the tipping point and kids are now WAY too smart. Or rather our society has reached a point where technological advancement is so fast and so furious that the only ones mentally flexible enough to keep up are children. Especially when you consider the speed at which government bureacracy travels, is it a surprise that a tech savvy kid could overtake the Department of Transportation which is probably still using computers from last century? And if one lone punk could take over a transit system, what will an army of these kids be capable of? 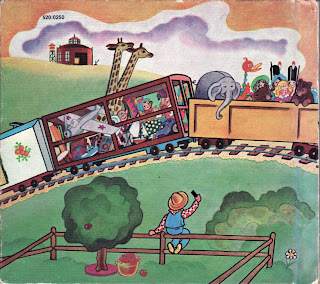 (Above: The scene of the crime. The young boy sits on the fence, taunting the helpless passengers by waving the remote that controls their fate. )


The unrelenting conveyor belt of progress ensures that one day we will all live in a world that is beyond our ability to understand... we are all just one Mac Convention away from being obsolete.

One thing is for sure: the revolution will not be televised. It won't even be Youtubed or live-blogged. The truth is we have no idea what form the revolution will come in, because it is beyond the ability of our feeble age-crippled minds to even imagine what tomorrow may bring.

But if I had to guess, the coming revolution will be defined by one phrase: Militant Anarchy. These prepubescent geniuses have been honing their skills with a heavy dose of video games, which serve as a comprehensive curriculum for social dispruption. Games such as Halo and Tom Clancy's Splinter Cell (actually, anything with the name Tom Clancy in it) teach the virtues ruthless militarism. Hyperkenetic games such as Grand Theft Auto glorify the chaos that is social anarchy. And now the Wii is going to take these video game dorks and whip them into shape. It's like having a boot camp in your living room that trains the perfect soldiers for the perfect army of tomorrow.

Our only hope is to conscript these prepubescent geniuses into the service of our country by giving them full reign over the Department of Transportation or the Department of the Interior. Let them use their preternatural skills to repair our bridges and generally re-awesome-atize our nation's crumbling infrastructure. It's our only hope. We must harness their powers for good, otherwise we'll find that we are on a fast train to nowhere... and that train is being remote controlled by some punk kid with peach fuzz.

Email ThisBlogThis!Share to TwitterShare to FacebookShare to Pinterest
Labels: Aalphabetical: L, In the News, Kids These Days

Sounds like the YA novel, Evil Genius, which I read last year. The kid in it totally screws with mass transport systems, just because he can. And hmmm...YOU'RE a boy. What are YOU up to???

Unfortunately, I can barely rig my remote control to control my tv. so no big evil genius schemes from me. (or at least that's what i want you to believe...)

Before the remote control lurks an even more insidious means for taking over the world: battery powered toys that sing "The Wheels on the Bus" or "Pop Goes the Weasel." Friends of ours brought over their toddler's singing toy last night to our house, forgetting that I go bezoomny when it plays. They said, "That's so funny-- he rarely hits that button!" That's because he knew, he knew it would have me frothing at the mouth. I suspect that when we are on that fast train to nowhere, we will be hearing tinny music piping out of the speakers to the tune of Barney's Theme Song.

I still have not recovered. It was like a scene out of A Clockwork Orange. Aiee.