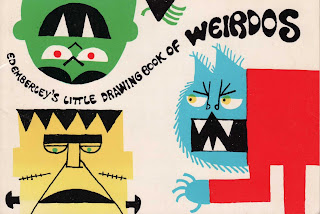 I found this interesting review on Amazon.com: 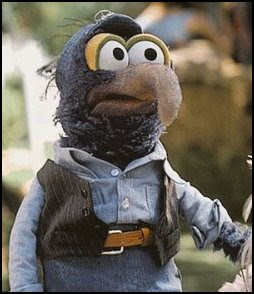 First let me say that I have great respect for Ed Emberley... but as a weirdo, I felt that it is my duty to say something. People have been making this mistake for far too long... so listen up: Weirdos are not Monsters!!!!

Just look at Emberley's list of so-called "weirdos": Vampire, Goblin, Cat, Monster, Witch, Devil, etc. As you can see, these are monsters, not weirdos. (Except for the cat... because cats are most definitely weird).

Now I'm not saying that weirdos can't be monstrous, because they can. And I'm definitely not saying monsters can't be weird cause there are some doozies out there (take this guy for example).

When it comes down to it, I'm not even sure exactly what weirdos are... but that's beside the point! My point is that weirdos are not necessarily monsters! So, basically, if Emberley changed the name of his book to Ed Emberley's Little Drawing Book of Monsters (Who Also Happen to be Weirdos), then I'd have no problem with it. In fact, I'm tempted to buy it anyways because I can get a used one for only 99 cents... and offensive or not, that's a bargain!!!
at 8:21 AM

Email ThisBlogThis!Share to TwitterShare to FacebookShare to Pinterest
Labels: Aalphabetical: E, Bizarre, Judging a Book By Its Cover, Miscellaneous