So you want to be president? Well, be prepared to be sent through the ringer, my young friend.

All presidential candidates must endure an unbelievable amount of scrutiny, but this year the long arm of the internet has really taken it up a notch. This election will undoubtedly go down in the history books as the YouTube election. From Obama Girl to McCain's 10,000 years to Clinton's Bosnia travails, YouTube exposure is playing a huge role in selecting our next president.

So the burning question is: How would past presidents have been affected by the all seeing eye of YouTube? 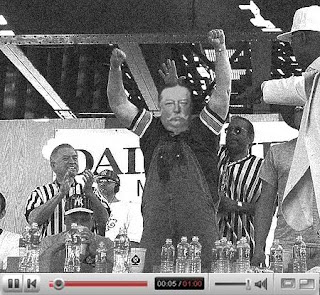 His 1909 election was nearly cut short when the embarassing footage of Taft winning the 1897 Cleveland Deviled Egg Eating Contest hits the internets. 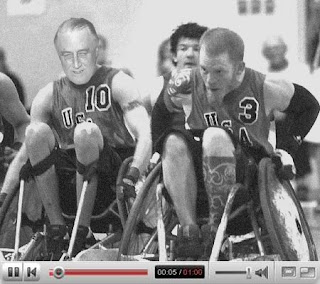 FDR's presidency was severely challenged by this leaked footage of him playing Murderball. His poll numbers took a plunge, not because America realizes that their president is in a wheelchair, but because he only scored one point and fouled out midway through the second quarter. 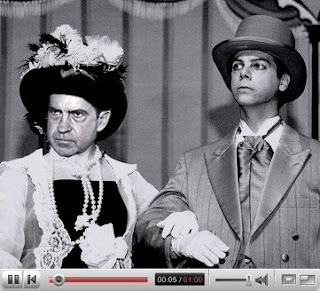 This clip of Nixon's star-making turn as Eliza Doolittle in the Whittier College Drama Club's production of My Fair Lady actually helped Nixon's popularity by revealing his seldom seen human side.

Hello I just entered before I have to leave to the airport, it's been very nice to meet you, if you want here is the site I told you about where I type some stuff and make good money (I work from home): here it is

Abraham Lincoln apparently had a sweet party trick - holding an ax straight-armed at shoulder length. Imagine the hits on thAt clip! (might come close to hits for "cute kittens").