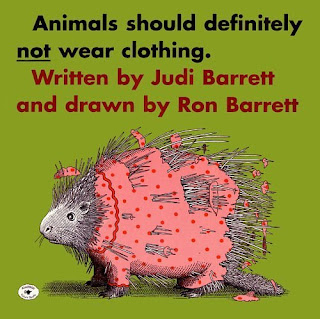 From the same brilliantly warped minds that brought you Cloudy With a Chance of Meatballs, comes this cantankerous manifesto about the ridiculousness of animals wearing clothes. My favorite example is the moose getting thwarted by a pair of suspenders. 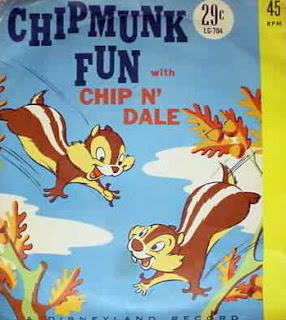 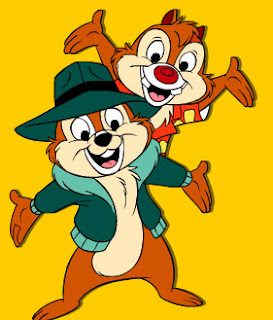 And there is no way that they would dare to solve crime without clothes... like Adam & Eve after putting on that first fig leaf, they are too much too self-conscious now. Once they've put on their first article of clothing, there's no turning back. They would be ashamed to go au natural, so they will be forced to wear clothes forever. (Somewhere, the snakes that run the fashion industry are laughing and rolling around in their piles of money.)

(Note: Further evidence can be found in the dehumanizing quality of Chippendales, an organization dedicated to men taking their clothes off and turning themselves into objects. )

Donald Duck: The humanizing power of clothing can also explain the trials of the tragicomic Donald Duck. Perhaps his debilitating speech impediment and inability to control his emotions can be attributed to the fact that he only wears a sailor top and no pants (though, to be fair, he's not the first sailor to be caught without any pants on). Maybe he cannot fully master the human art of conversation until he becomes fully-clothed. (It should be noted that Mickey wears shorts but no shirt. So technically, he is not fully clothed either. But this form of half-nudity is much more conventional among humans. So there is no conflict there.)

Which brings up another question: How come Donald Duck never wore pants... but he would wear a bathing suit? What gives?! Where is the logic in that?! Rumors are that Finland, apparently fed up with Donald's antics, banned the Duck in 1977, citing indecent exposure. So... nudity is fine, but partial nudity is indecent. Apparently, Finnish laws are as confounding as the laws that govern the Magic Kingdom. 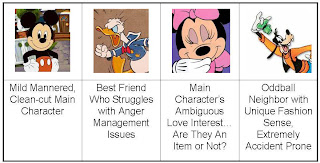 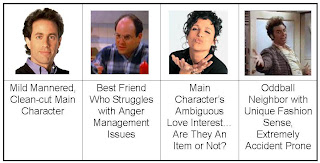 Bizzaro, indeed. Now I'm wondering about the whole issue of people wearing Mickey ears. Is that clothing or not?

Thanks so much for bringing up the issue of Donald without pants. I've been wondering about this for years, and assumed I was a pervert! My Pooh only wears a red shirt, no pants, either. Should I seek professional help?

I would have to reserve judgment on Mickey ears based on a number of factors: age, location, time of year, and amount of alcohol involved.

As far as Pooh is concerned, that's a whole other post altogether... stay tuned...

also, I wouldn't recommend professional help, but I would recommend that you don't use the sentence "My Pooh wears a red shirt" in public. If taken out of context, someone might force professional help (and hand sanitizer) on you.

In Narnia, there were talking animals, and animals who didn't talk. At some point, it was explained that it was okay to eat animals that didn't talk. I think Disney took Lewis' theory to heart when he filmed "Disney's Christmas Carol. Toward the end, the ducks take part in a turkey feast. But who knows-- perhaps the turkey did indeed plead for its life.

That poor turkey... lost in translation.

I'm not gonna dig out my "Complete Goofy" DVDs, but Goofy and Pluto DO appear side-by-side, especially in the earlier cartoons. The earliest appearance of Goofy looked more like a droopy-eared horse (or an ass, if you will) and in short order developed into the "dog" we know today. The Goof was originally more of a generic animal and not so specifically a dog which was how the Disney folks reconciled the confusion.

Sorry to nerd out on y'all.

You classify Minnie as an ambiguous love interest?

Where's the ambiguity? They even have the same last name.

According to Wikipedia, Goofy was originally introduced as Dippy Dawg before "evolving" into the goofy that we know today... which makes it even harder for me to wrap my mind around Goofy and Pluto actually hanging out.

But I guess if Donald Duck can eat poultry, then Goofy can play fetch with Pluto.

But then again, according to Wikipedia, Pluto is not just a dog, but the second-largest known dwarf planet in the solar system... oh wait, Pluto is not a planet anymore? This is getting more confusing by the second!

I think we can walk away with two things here: be wary of Wikipedia as a source of information and be wary of Disney is messed up... and we are probably messed up as well, since Disney shaped our young minds for so long.

and as far as Minnie goes, as a kid, i think was confused and couldn't figure out if Minnie was a love interest or some inappropriately flirtatious second cousin or something. I mean, they even have the same last name!

Oh, how I LOVED this book.

Because a snake would slide out of it...

Generic Viagra (sildenafil citrate; brand names include: Aphrodil / Edegra / Erasmo / Penegra / Revatio / Supra / Zwagra) is an effective treatment for erectile dysfunction regardless of the cause or duration of the problem or the age of the patient.
Sildenafil Citrate is the active ingredient used to treat erectile dysfunction (impotence) in men. It can help men who have erectile dysfunction get and sustain an erection when they are sexually excited.
Generic Viagra is manufactured in accordance with World Health Organization standards and guidelines (WHO-GMP). Also you can find on our sites.
Generic Viagra is made with thorough reverse engineering for the sildenafil citrate molecule - a totally different process of making sildenafil and its reaction. That is why it takes effect in 15 minutes compared to other drugs which take 30-40 minutes to take effect.
[b][/b]
Even in the most sexually liberated and self-satisfied of nations, many people still yearn to burn more, to feel ready for bedding no matter what the clock says and to desire their partner of 23 years as much as they did when their love was brand new.
The market is saturated with books on how to revive a flagging libido or spice up monotonous sex, and sex therapists say “lack of desire” is one of the most common complaints they hear from patients, particularly women.

I just like the helpful info you provide for your articles. I’ll bookmark your weblog and test once more right here frequently. I'm quite certain I will be told a lot of new stuff right here! Best of luck for the next! ppc advertising