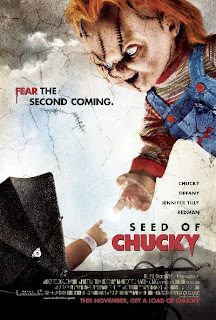 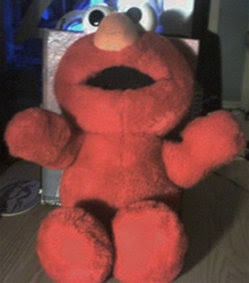 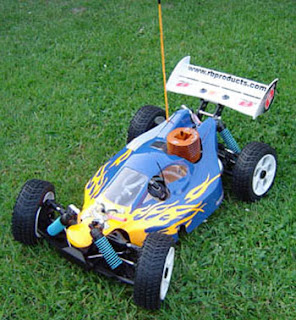 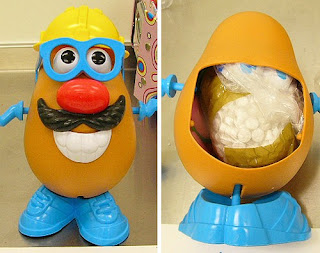 Brilliant post! Did you hear about the incident (several years ago), of someone in Japan who murdered a woman, cut up her body, and stuffed it into the cavity of a giant Hello Kitty)? Since then, I have avoided these products altogether.

Meanwhile, what do I say to the 300+ bears in my house (Corduroy among them)?

BTW, Corduroy sends you some virtual mac and cheese for saying all those nice things about him.

Now, tell me--what on earth is that thing playing the violin?

I would tell you, but i'm too busy huddling in the corner in the fetal position.

Wahh! That thing with the violin LOOKED at me- right at me!!
I am surprised you didn't mention Bratz dolls as one of the seven harbingers of the apocalypse.

it's only a matter of time before the juggernaut that is Martha Stewart releases a toy line for Macy's. Then we can have lifeless-looking toys back on the shelves of department stores everywhere.