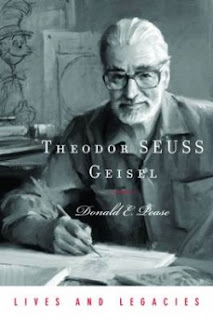 I'd love to see the Seussian treatment of Rebel... though I guess if there was ever a rebel without a cause, it was the Cat in the Hat.
at 11:57 PM

Dr. Seuss books is one the best literature for children to read.

Good day! This is kind of off topic but I need some guidance from an established blog. Is it tough to set up your own blog? I'm not very techincal but I can figure things out pretty fast. I'm thinking about making my own but I'm not sure where to begin. Do you have any ideas or suggestions? Thank you affordable websites