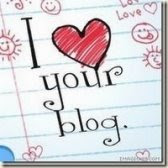 Pretty nice post. I just stumbled upon your weblog and wanted to say that I've really enjoyed browsing your blog posts. In any case I will be subscribing to your feed and I hope you write again very soon! cigna dentistry